Sadly, I learned that keyboardist and composer Keith Emerson died this past week from what the coroner has determined was a self-inflicted gunshot wound.  He was suffering from depression and anxiety mainly over some nerve damage in his hands hampering his ability to play keyboards.  It seems that depression got the best of him and he committed suicide.  He was 71 years old. 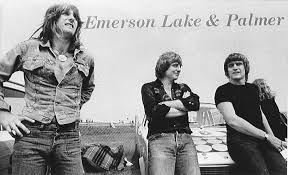 Emerson was part of the progressive rock super-group named Emerson, Lake and Palmer.  I am regrettably a very latecomer to the ELP party.  The band formed in London in 1970, with Keith Emerson on keyboards, Greg Lake on bass and vocals, and all sorts of percussion played by Carl Palmer.  I really don’t know what rock I have been living under, but I had only heard a few of the songs of ELP that would play on the classic rock radio stations.  Things like “Lucky Man” from their 1970 debut album Emerson, Lake and Palmer, and “From the Beginning” from the 1972 album “Trilogy”.

Emerson, Lake and Palmer, “From the Beginning” 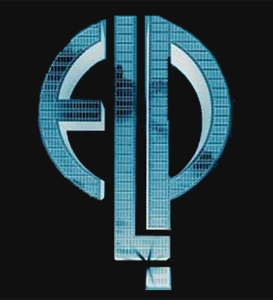 Clearly you could throw a rock out your front window and hit someone who knows more of the history of Emerson, Lake and Palmer than I do.  I feel shortchanged that I only knew the shorter radio-friendly tunes.   I have for so long missed out on some of the longer, more adventurous tracks this group recorded.  Keith Emerson was a very technically accomplished keyboard player, and a big fan of all sorts of music of all genres.  He played piano, early Moog synthesizers, Hammond organs and made full use of all sorts of cutting edge keyboard technology available to him.  With the instant gratification of streaming music on Spotify, I have been able to explore so much more of the output of ELP.  The 1971 live album version of Mussorgsky’s “Pictures at an Exhibition” was a find for me to write about on this blog a year ago.  Only 11 days before Emerson’s death I was writing about Piano Concerto No. 1, Opus 28 (1961) by the Argentinian composer Alberto Ginastera and found the ELP version of the fourth movement on their 1973 album Brain Salad Surgery under the title “Toccata”.

Emerson, Lake and Palmer,  “Pictures at an Exhibition”

The more listening I do, the more surprises and gems I uncover.  Clearly those three listened to everything they could.  There are versions of things as widely varied as “Hoedown” from Aaron Copland’s Rodeo, to the Scott Joplin “Maple Leaf Rag”, quotes from J.S Bach and honky-tonk blues piano.  I even caught a quote of the Dizzy Gillespie bebop tune “Salt Peanuts” in the middle of Emerson’s keyboard solo on “Tiger in a Spotlight” from Works Volume 2 (1977).

Emerson, Lake and Palmer, “Tiger in a Spotlight”

Depression is a horrible disease, a truly painful experience for anyone who suffers from it.  If you, or someone you love, seem to have symptoms of depression, stop fooling around with my humble attempts at a blog and get help immediately.  There are so many more treatment options, pharmacological and otherwise, than there were even 15 years ago.  Seek some sort of therapy and treatment before it progresses to suicidal thoughts.  Suicide is a tragedy for both the person we lose and all the people in their life, left behind to grieve.

Emerson, Lake and Palmer, “Show Me The Way to Go Home”