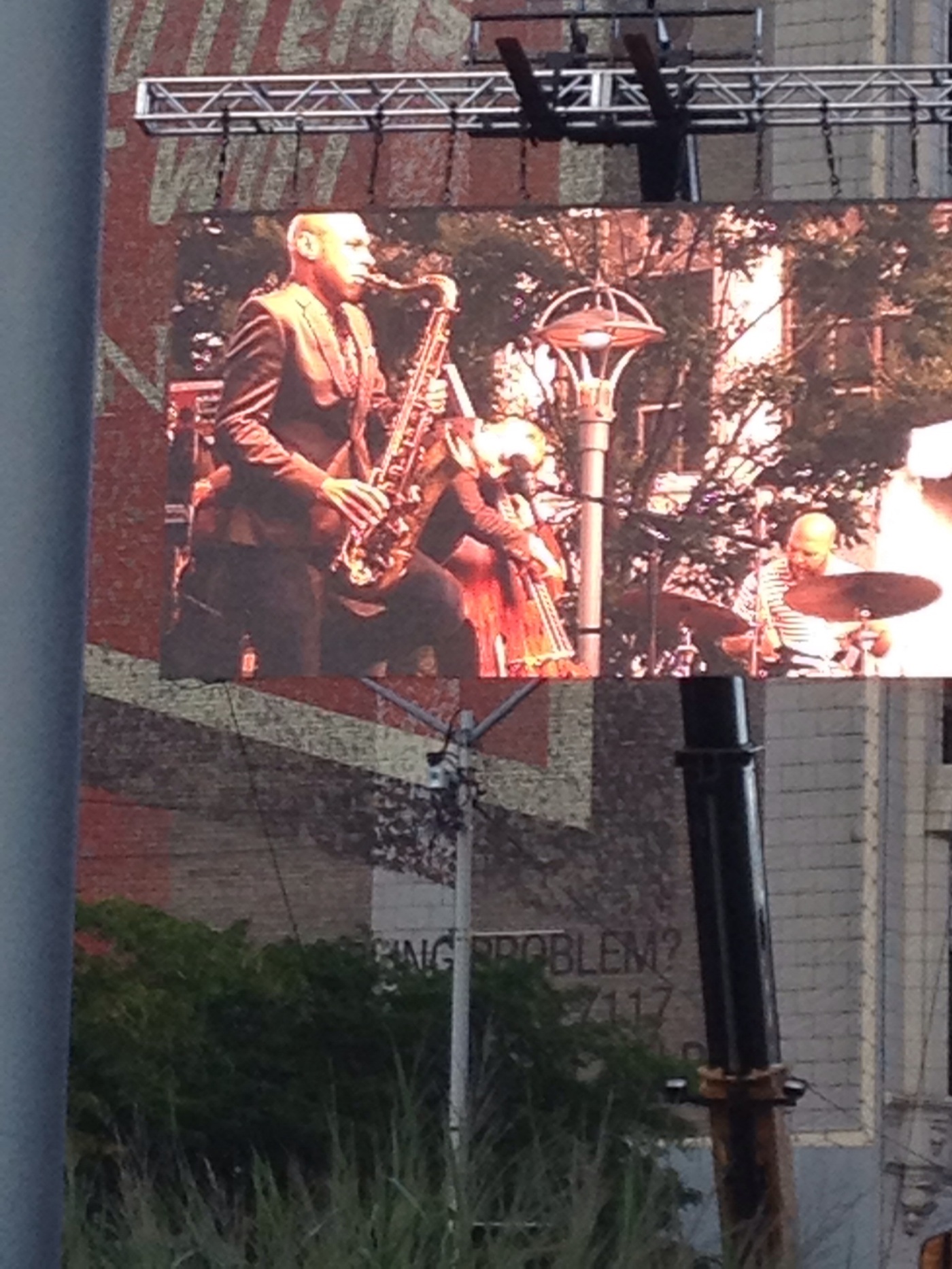 The unpredictable Michigan weather held out for a wonderful start to this year’s Jazz Fest.    The Bad Plus with Joshua Redman, set the tone with an opening set that was very much worth braving the rush hour traffic to get a seat.  For the last few years, the Festival opens on a Friday night on the stage at Cadillac Square, two blocks up Woodward from Hart Plaza.  It has always been free to attend, but that also means seats are first come, first serve.  If you want to just wander the scene, you go as you please, but if you want to be sure not to miss something special, you have to show up early. 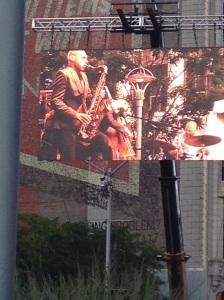 Showing up early means having to sit through a 15 minute parade of people thanking sponsors and congratulating themselves for donating money to the DJF.  It’s important to do, and I am always grateful to those people and companies whose generosity have made my favorite event possible.  I just don’t care as much in that exact moment, when I can see the group I have been waiting to hear standing in the wings ready to go.  Those audience members who showed up a little bit closer to the start time and had to be a bit further back could still get a look at the artists on a big video screen.

Now, if I were a betting man, I would have bet that at a big public festival, the group would have played some of their trademark cover versions of Nirvana or something.  I expected them to open with a big loud sound and announced to the world the Festival was underway.  I would have been very wrong.  They opened with a quiet original tune written by the piano man of the group, Ethan Iverson.  The whole set continued with original compositions, things I have heard on their albums, but now with the addition of Mr. Redman’s tenor sax.  It was one top quality set and a fantastic start for this year’s music.  Next up, a full day’s schedule of four stages of music for Saturday.  I can’t wait.