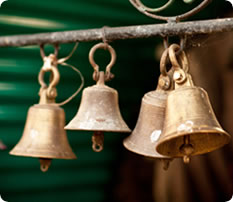 tintinnabulation:  the sound of ringing bells

I didn’t really intend on having a summer sabbatical from blogging, but that is how it seems to have turned out.  On the positive side, I did take the time to build a lot of stuff, including a large L-shaped desk from where I can write lots of things to put on this blog. 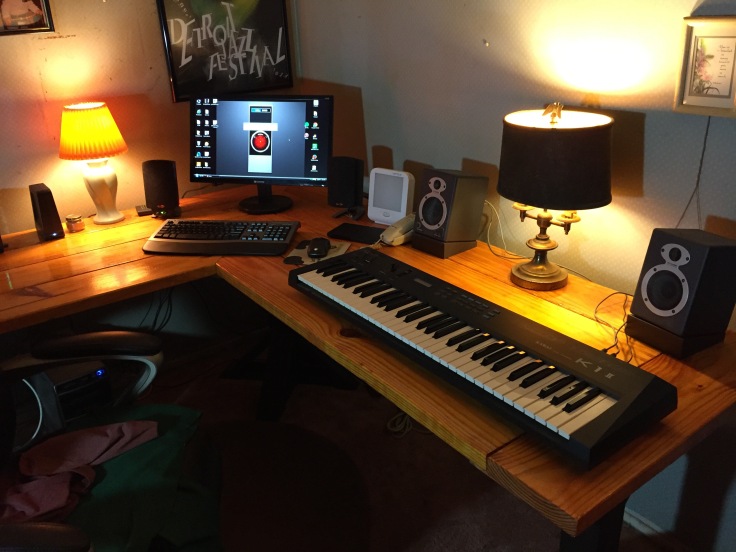 The first score that I reviewed while listening to music at my new workstation was the Symphony No. 4, “Los Angeles”,  by Estonian composer Arvo Pärt.  The work was composed in 2008, and received its premiere in January of 2009.  I’ll bet that even if you have never heard the name Arvo Pärt before today, you can guess which city’s Philharmonic Orchestra performed the work at that concert.  Today the ink is hardly even dry on the score, at a mere 8 years since its creation, especially compared to some of the works which are on orchestra concert programs.  The work was a joint commission from the Los Angeles Philharmonic Association, its conductor Esa-Pekka Salonen, the Canberra International Music Festival, and the Sydney Conservatorium of Music.  It is the association with Los Angeles, the city of Angels, that the composer made significant.  Pärt uses an ancient Russian Orthodox canon called “The Canon of the Guardian Angel” as a foundation for the work.

The piece stands out to me in a couple of different ways.  First, it is an actual 21st century symphony composed by a living composer, which should garner our attention.  Contemporary works should speak to us deeper than any other, as they are a reflection of the times we live in.  The key word in that last sentence is “should”, as the sad truth of the 20th century in “classical” music is that all too often the composer didn’t seem to care if anyone listened.  In many cases, no one did, and orchestras went on happily playing old warhorses that were comfortable for audiences to hear. Second, it is the first symphony that Pärt had composed in 37 long years.  He had mainly been working with small vocal ensembles and choruses.  His previous symphony, his Third, was a transitional work written in 1971.  There is a definite change of style in the compositions of Mr. Pärt.  After a period of intense study of ancient music and chant, he began composing in a radically different style he developed and called “Tintinnabuli”.  Most of his compositions since 1977, and many of his most well-known works, are written in this style.  To the best of my knowledge, Symphony 4 is one of the few large-scale instrumental works he has written in this style.

A quote from Wikipedia is as good of a concise description of the style as any I have seen:

“Tintinnabuli (singular. tintinnabulum; from the Latin tintinnabulum, “a bell”) is a compositional style created by the Estonian composer Arvo Pärt, introduced in his Für Alina (1976), and used again in Spiegel im Spiegel (1978). This simple style was influenced by the composer’s mystical experiences with chant music. Musically, Pärt’s tintinnabular music is characterized by two types of voice, the first of which (dubbed the “tintinnabular voice”) arpeggiates the tonic triad, and the second of which moves diatonically in stepwise motion. The works often have a slow and meditative tempo, and a minimalist approach to both notation and performance. Pärt’s compositional approach has expanded somewhat in the years since 1970, but the overall effect remains largely the same.”

The overall effect is one of stillness, with motion that is only glacial in speed.  There are slight tensions in the music, but they always resolve, small dissonances that move to a consonance.  This is music of great subtlety, slowly building peaks and warm waves of sound.  I generally do not promote the “warm bath” approach to listening, just letting the music wash over you like warm water in the bath, but that seems to be the best way to experience the Symphony No. 4.  The music is meditative and hypnotic, slowly unfolding and enveloping the listener.

Arvo Pärt is so original in his creations that there is almost nothing to compare his music to.  Perhaps a selection of contrasting music would be the most revealing.  Here is the opening track to the John Coltrane album “Sun Ship”, recorded in 1965 and posthumously released.  It is one of the last recording of the “classic” Coltrane quartet with Elvin Jones on Drums, McCoy Tyner on piano and Jimmy Garrison on bass.  At this point in his life, Coltrane was as deeply spiritual man as has ever put shoe to concrete.  Equally as spiritual and interested in the mystical as Arvo Pärt, but the frenetic, harsh, screeching sounds of this track is the complete opposite of the sound of our Estonian friend.

(As an aside, I once had a close friend and teacher that would use this track to go into electronic stores and test out different speakers.  Imagine the reaction of unsuspecting shoppers who had this sound invading their shopping experience on a random Tuesday evening!)

The spirituality of the Pärt Symphony No. 4 is the other end of the spectrum.  It is scored for string orchestra, harp, timpani, and percussion, written in three slow movements that last a total of about 39 minutes in performance.  Where Coltrane tries to play the entire overtone series at once, Pärt lives in the area of fourths, fifths and triads.  Where Coltrane is a jet engine, the music of Pärt is floating on air.  Where “Sun Ship” is cathartic, the Pärt Symphony has been described as a mournful, introspective lament (although I don’t necessarily consider sorrow to be the major emotional expression of the work).  Two completely different modes of expression from two equally spiritual men.  I find both important to me.