I am a musician.  Actually, there are lots of things you could call me, some flattering and many not.  Among all the hats I wear, I see myself as a musician and composer.  I write music because I am compelled to.  One of the things I have tried to do with this blog is share my love and enthusiasm for some of the music I love, point out some of the things I am listening to, and inspire enough interest for the kind reader to take the time to listen as well.

For the last few months I have immersed myself in the music and operas of Mozart, then moving on to a larger world of opera.  Much of my experience is in the world of instrumental music, and there is little on the season long programs of my local Detroit Symphony Orchestra that I have not heard at least once before.  It must be obvious that I am first drawn to the operatic repertoire because of the music.  The composer of the opera is the person I identify with, admire, and hope to emulate (or at least steal from 🙂 ).  Much that I have written concentrates on the composer and the music.

Familiarizing myself with different operas used to be a very expensive habit.  My own adventures as an opera autodidact began with the Fred Plotkin book Opera 101, A Complete Guide to Learning and Loving Opera.  Mr. Plotkin has done a marvelous job of conveying his vast experience and love of opera.  In addition to introducing us to eleven different operas that span the entire range of the repertoire, Plotkin walks us through specific recordings and points out moments for us to pay special attention to.  Back then, I had to purchase each recording on compact disc, which would cost $40 or $50 each.  The recording mercifully included a libretto, although in the tiniest print imaginable.  I dutifully worked my way through all eleven recordings, usually one act each evening, and built a deep love and appreciation for opera.  I started going to my local productions at the then newly renovated Detroit Opera House.  My seats at the time were in the very last row of the balcony, with no one behind me and only three seats available to the right of me.  I loved every minute of it, but alas budget concerns limited the amount of time I could spend listening to opera.

In recent times, I have been blessed with much more access to video and audio recordings of operatic performances.  I haven’t actually looked, but I am guessing that the exact eleven recordings that Mr. Plotkin recommends in his book are now all available on Spotify.  Instead of the approximately $600 I spent to purchase compact discs, you can hear them all for a mere $9 a month, or for free if you can stand the commercial interruptions.  Libretti are not expensive on Amazon, and even less expensive if you order a used copy of the little books.  Today, I could work through my little self taught independent study of Plotkin’s book for the money I spent on only one of the recommended recordings (which are all wonderful, I assure you). 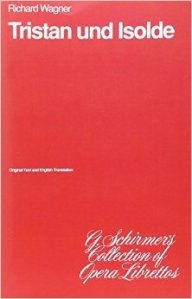 Simply listening to the music will expose you to some of the most gorgeous melodies ever written.  Listening to the music with the libretto will open up a world of understanding that really begins to give a sense of the operatic experience, especially if you are not a native speaker of the language being sung.  The real key to getting a taste of the experience of going to the opera house is watching video recordings.  Fans of opera are simply rabid about their favorite singers and productions, and it is with video that you begin to get a feel for what they love about a trip to the opera.  Moreover, subtitles in English (for me) are a key to enjoying the production as it happens.  I can read a short synopsis of the action, familiarize myself with the characters, and off I go.

Opera is after all, and above all, theater.  The composer is the real dramatist, but the ultimate experience is shaped by the librettist, the composer, the conductor, the singers (who are now also actors), and the actual production.  Every production is different, and some directors give traditional settings that follow a vision of the original performances.  Other directors look to put their own spin on things, and reimagine the setting and costumes entirely.  For many, the Gestalt of the experience of opera includes dressing up for the evening, going to a beautiful opera house, seeing gorgeous costumes, beautiful sets, hearing some of the best music and singing in service to some of the most dramatic stories ever put on stage.  Having the life experience of seeing an opera live very much enriches the imagination when listening to audio recordings later.

One example of the many different ways for directors to interpret opera can be shown using a few clips from Mozart’s Idomeneo.  Idomeneo, re di Creta is a story of ancient Greece, an opera seria composed by Mozart wherein the King of Crete, Idomeneo, has his life saved from a shipwreck by Neptune in exchange for a promise to sacrifice the next person he sees to the god of the sea.  Being a Greek tragedy, the next person he sees is his son, Idamante.  One way for a director to put on this production would be to create costumes and scenery that look like a vision of ancient Greece.  I would call the production in the following video a very traditional interpretation of the opera, from the Glyndebourne Festival Opera in 1974.

The Idomeneo from the Salzburg festival of 2006 is a very different production.  The word that comes to mind to describe it is minimalist.  It has a very lean and modern look.  The front half of the stage has been built out around the orchestra pit, so much of the action happens on this lighted sidewalk encircling a dark hole.  The only thing that can be seen in the center of the stage is the tops of the double basses and occasionally the thinning hair on the top of Sir Roger Norrington’s head as he conducts.  The costumes are likewise simple, with poor Ilia spending the entire opera in a white potato sack.  I don’t know that I would get the feeling that this story was one of ancient Greece if all I had to go on was the costumes and set of this production.

What makes the Salzburg production a smashing success is the singing and the acting.  It has to be that way, as there is little else upon which the audience can focus.  This modern staging forces the audience to be consumed by the individual singers and their performance.  Fortunately for Salzburg, the cast of this production is brilliant, with the Elektra almost stealing the show at times.

This kind of modern production can be a refreshing change for an audience that has seen some of the same works dozens of times.  Directors long to do something new and creative with their productions.  La Boheme, for example, is a beloved work by Puccini that receives hundreds of performances worldwide every year. The traditional way to stage the work is to tell the story of four young artists starving away in poverty in their apartment in Paris, with the poet Rodolfo falling in love with the terminally ill Mimi.  The following clip with Luciano Pavarotti as Rodolfo and Renata Scotto as Mimi is the usual way the work is staged.

A recent production of La Boheme from the Norwegian Opera is a reimagining of the story, with sets that were first used in 1963.  In it, the opera opens in a hospital, with Mimi on her deathbed and Rodolfo there for her last heartbeat.  Partway through the first act, the hospital room set opens up, like the Red Sea parting for Moses, and the familiar story of the two lovers meeting in the apartment in Paris is shown as a flashback.  It is shown as Rodolfo remembering the beginning of their tragic love affair.  It is a clever, intelligent retelling of the story of the opera, especially for an audience that likely has seen multiple productions of the work.  I do still wonder how it plays for someone seeing La Boheme for the first time.

Video productions of opera are more accessible than ever before.  YouTube has a treasure of complete works available.  Many have English subtitles, but sitting at my desk computer I have watched complete operas while following along with the libretto with good success.  YouTube is free, which fits in everyone’s budget.  My newest discovery is also completely free, a streaming service from Europe called The Opera Platform.  All of their videos are available with subtitles in multiple languages, and some very interesting productions are on the site, including the Norwegian La Boheme in its entirety.  The grandaddy of all opera streaming services is by far the Metropolitan Opera On Demand, which provides a 7 day free trial.  All 86 of the Opera In HD productions are available at the site, as well as hundreds of audio and other video recordings form the Metropolitan Opera in New York.  There are tablet apps available for iPad as well as Android tablets, and for Roku streaming television devices.  I have found the monthly subscription to be well worth the money.

2 thoughts on “What A Production!”