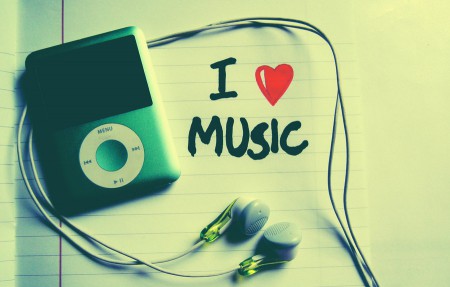 It always starts with a sound.

It captures my ears and my attention.  Music.  Something I haven’t heard before.  It turns my head and gets my full undivided attention.  If it holds my attention, I am hooked.  I want to hear more, want to hear it again.  It might have been a live performance, in which case I am not likely to single-handedly get them to repeat the music.  It might have been on the radio, in which case I scramble to listen to the announcer tell me what piece it was so I can find it again.  If I was lucky enough to be listening to a recording, then I can repeat it right away.

But it always starts with a sound.

The music gets under my skin.  My left brain starts to kick in and I want to know everything about the music.  Who wrote it?  Who played it?  What does the rest of their stuff sound like?  I search out recordings, written scores, begin to learn the piece inside and out.  The overwhelming thing that all Good Music has in common is that it holds up to repeated listening.  Good Music doesn’t get old after hearing it several times in a row.  It begins to reveal new treasures with each repeated listen.  Like a good lover, it just leaves you wanting more.

It always, always starts with a sound.

I remember the first time I heard the Second Piano Quartet of William Bolcom.  It was at the Great Lakes Chamber Music Festival, the year that Bolcom was the composer-in-residence.  His music was featured in concerts throughout the Festival, but the performance that sticks in my memory was on an all-Bolcom recital held in a space at Temple Beth El.  I didn’t know any of Bolcom’s chamber music at that point.  I met an old friend in the lobby, a brilliant and talented woman named Suzanne.  She holds degrees in business as well as music performance, and is one of the best clarinetist anyone will ever meet.  She was doing work with the Festival at the time, and gave me a warm hello.  She asked me if I was here to listen to the Piano Quartet, and I had to admit I didn’t know the piece.  I was told that I was in for a treat.  She had played clarinet in a performance of the piece during work for her Master’s degree, and knowing my taste in music, she knew I would love it.  She was right. 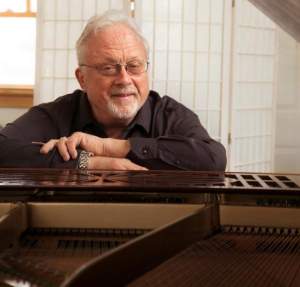 William Bolcom is a prolific, Pulitzer-Prize winning composer and pianist.  He was born in 1938, and taught composition at the University of Michigan from 1973-2008.  He is still working and writing, and to date has completed eight symphonies, eleven string quartets, volumes of cabaret songs and piano pieces, as well as three major operas.  McTeague, A View From the Bridge, and A Wedding were all commissioned and premiered by the Lyric Opera of Chicago, and have gone on to have multiple performances in other places.  He is married to mezzo-soprano Joan Morris, and the two have recorded dozens of albums of cabaret songs together.  There is a special element to a performance of the Bolcom-Morris duo, coming from their deep bond as spouses as well as musicians.

Bolcom wrote his Second Piano Quartet for the instrumentation of piano, cello, violin and clarinet.  It was composed in 1996, and it had been some twenty years since Bolcom had written his first Piano Quartet.  There were a handful of great pieces on the recital, but the four movement Piano Quartet No. 2 just blew me away.  There are lyric sections of music, contrasted by angular dissonant sections of music. The rhythm is what hooked me.  The pounding, driving rhythm of the first movement and especially the fourth and final movement was unlike anything I had heard in chamber music.  That was it.  The sound that has stayed with me since that first hearing.

Then I was stuck.  There were CD’s for sale in the lobby, one of all Bolcom chamber music, but it didn’t include the Second Piano Quartet.  I got home and searched the internet.  I could find no commercial recordings of the work.  At the time, I couldn’t find a published score to purchase.  I wanted to know more, I wanted to hear it again.  I’m no Mozart.  I couldn’t transcribe the darn thing on one listen.  That fourth movement was bouncing around my brain.  My relationship with this piece was stillborn.  I couldn’t find it anywhere to study.  It was simply not available.

It all began with a sound. 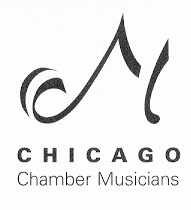 Over the years, I have searched from time to time, waiting for a company to make a commercial recording of the work available.  I still haven’t found one.  In my casual web surfing I did hit upon a website that has a recording for me to listen to.  In 2003, the Chicago Chamber Musicians performed the piece, and that performance is up on their website.  I have to warn readers that the music requires Adobe Flash to play, and visiting the site with an Apple iPad or iPhone will be frustrating because the music will not play.

The fourth movement is still as raucous as I remember it, all those years ago.  The movement is marked “Absolutely inflexible, hip-hop tempo” .  It is dedicated to a composer named Daniel Bernard Roumain (DBR), who got his doctorate at Michigan and is a wizard at combining his classical training with funk, rock and hip-hop music.  The closing movement of the quartet is a brilliant solution to creative problems I find when writing music, namely formulating one coherent musical voice out of all the myriad of sounds I hear in music.

I am overjoyed at finding the Second Quartet to listen to.  I have had it on repeat for over a week now.  It is my pleasure to share the site with readers here, and I have high hopes that some of you will love the sound as much as I do.

One thought on “New Beginnings”