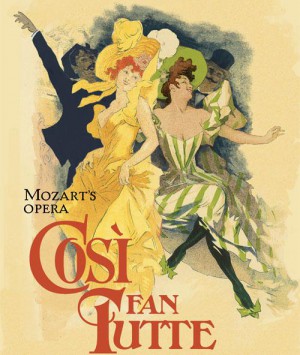 “Genius is one percent inspiration and ninety-nine percent perspiration”

There is a popular image of a composer as a person struck by inspiration, like a lightening bolt, and in an overwhelming need for self-expression, is forced to compulsively create their music.  Much of this vision arises from the subjective aesthetic of the Romantic era.  The Romantics placed a high value on self-expression among other things.  In this image, a composer sees the moon and is inspired to write a moonlight sonata (to use Robert Greenberg’s example).  In reality, it just doesn’t work like that.  Composers work hard on their craft, learn technique, absorb from the culture around them, and construct their pieces.  There is a great deal of perspiration involved in composing music.

Even in modern times, music that expresses the inner feelings, personality, or life experiences of the composer/performer is valued as more “authentic”.  Music that pours out the heart and soul of the musician is highly valued.  Self-expression is designated as an important goal of the artist.  This has not always been the case over the course of music history.  Johann Sebastian Bach for example, worked and wrote in the service and glory of God.  Bach was first and foremost a church musician, and created music almost exclusively for use in worship.  Johann Sebastian would no more think to express his own feelings/experience in music than he would wear his left boot on his right foot.

Wolfgang Mozart is the man-of-the month here on Good Music Speaks.  Few human beings have been born who have the facility in composing that Mozart had.  He possessed a legendary ability to do almost all the work of composing in his head, and only having to transfer the finished product to paper once.  He wrote outstanding works in almost every genre and style of his time, but you will be hard pressed to find a LESS autobiographical composer than.  His music can be expressive, to be sure, but rarely is it SELF-expressive.  The great pianist and author Charles Rosen once wrote:

“Mozart writes not about the expression of his personality or his biography, which is the way that some critics would like to interpret self-expression, but about the expression of his ‘thoughts and feelings,’ as he says. No doubt the music does express his personality and is influenced by his life; but this was not a specific intention of Mozart, as it would be for some later artists.”

One of the truly rare instances whereby Mozart’s musical output and personal life happen to overlap is in his opera, Cosi fan tutte.  This work was Wolfgang’s third and final collaboration with librettist Lorenzo Da Ponte.  The title translates literally to “Thus Do All Women”, but is often expressed in English as “Women are like that”.  It is an opera buffa, with a scandalous story of fiancée swapping and infidelity.  Two young soldiers take a bet with an older (wiser?) man that their fiancée’s cannot be convinced to be unfaithful to them.  They lose that bet over the course of the opera, in what seems like a frivolous story.  Mozart’s music elevates the libretto to an artful discourse on love and fidelity.  It is considered an “original” libretto by Da Ponte, who usually adapted his libretto from one dramatic source, but actually combined elements from multiple sources to create the story of Cosi fan tutte.  (Da Ponte has some personal experience with infidelity, having been thrown out of the priesthood for adultery).

Mozart was himself going through some marital difficulties with his wife Constanze around the same time he was composing Cosi fan tutte.  He played a large role in creating those difficulties himself, by having several extramarital dalliances with singers.  Mozart also likely found many forms of entertainment in his association with Emanuel Schikaneder and his theater troupe.  Constanze wished to be seen as a saintly spouse who forgave her husband all of his indiscretions, but in reality had quite a temper over the whole thing.  Mozart feared that Constanze might take a lover in retaliation.

All we have is rumors, most of which are left out of academic biographies of Wolfgang Mozart for lack of proof.  What we do know is that rumors did spread around Vienna after Mozart’s death, many of which centered around Constanze and Franz Xaver Süssmayr.  Süssmayr was a younger man, who was an assistant to Mozart and possibly a student at one time.  He was a composer in his own right, but is mostly known for being the one who helped complete Mozart’s Requiem, which was left unfinished at Wolfgang’s death.  Constanze often spent time in the spa at Baden, a town in southern Germany with some wonderful natural hot springs.    Süssmayr accompanied Mozart’s wife to at least one of her stays at Baden.  There is no solid evidence of an affair between the two, but there was certainly opportunity.

One of the things that caused so many hushed whispers around Vienna was the naming of the Mozart’s last son.  Constanze named the boy Franz Xaver Mozart, which caused many at the time and since to wonder if Franz Xaver Süssmayr could be the father.  Adding to the confusion is the notion that if this son was born on time, he was conceived on a date when Wolfgang was not home.  Was Süssmayr the father?  Or did Constanze just name the boy after him to give such an appearance (and embarrass Wolfgang)?  If Wolfgang truly is the father, the son was born almost three weeks premature, based on Wolfgang’s return home.  To be completely fair, there is also conjecture that Süssmayr, a lifelong bachelor, was actually homosexual and thus would have no romantic interest in Constanze.   The only thing we know for sure is that there was a great deal of marital stress in the Mozart home during the time he was composing Cosi fan tutte, an opera with themes of love and infidelity.  Rarely did the subject of Mozart’s music coincide with his personal life in such a way.  Cosi fan tutte ends with everyone reconciling their problems and forgiving each other.  If only every story could have a pleasantly happy ending like that.

6 thoughts on “Inspiration and Perspiration”