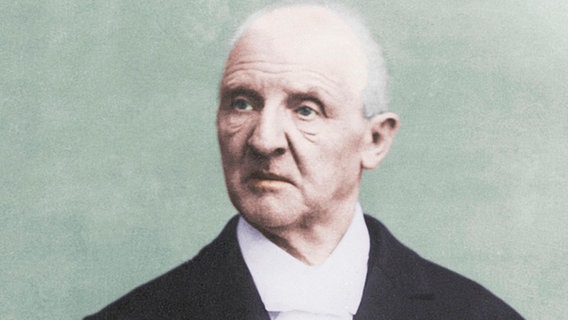 The last post delved into some of the issues surrounding the multiple editions of Bruckner’s Symphonies, and the obstacles they imposed on me as a student.  It’s high time we got a bit more into the music.  There are things that should make a Bruckner score easier to follow.  All of his (finished) symphonies are in four movements, with the first and last being in sonata form.  The two middle movements always are a Scherzo and a slow movement Adagio in ABABA form.  Bruckner usually places the Adagio as the second movement followed by the Scherzo, but as we will see in coming posts, that ordering is reversed in the Eighth.  His musical phrases are often very regular four bar phrases, creating nice neat square holes.   We will hear some very round pegs being hammered into those square holes as the music goes on. 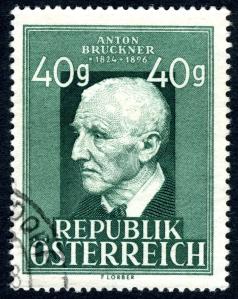 I think one other issue demands comment before we go too much further.  Buckner was an Austrian composer, and died in 1896.  It would be somewhat surprising if Anton didn’t have some anti-semitic leanings, given the time and place where he lived.  There is no excusing that, but he died decades before the world ever knew what a Nazi was.  More than a generation after his death, the German Nazi party championed Bruckner as good German music and culture.  Anton’s music was on the “good” list, as many other things were on a “bad” list in the Nazi attempt to “purify” German culture in music and the arts.  Still, Bruckner was an Austrian, died over 40 years before the Anschluss, and should not be blamed for the posthumous, political uses of his music by the German Nationalist Socialists.  I propose we take Symphony No. 8 on it’s own terms.

The terms of the Eighth are those of a work of art that is intended to be monumental.  This is a big musical statement, of considerable weight and length.  I am not kidding about length, there is a pathological numbness of the gluteus maximus that occurs during a performance of one of these symphonies that I refer to as “Bruckner Buns”.  These are massive musical works of solidity and grandeur.  The first movement is in sonata form, but I would contend it is not a very “well behaved” sonata form.  A model sonata form is usually about key areas, thematic development, and resolution of key area tension in a recapitulation.  Bruckner’s use of a highly “Wagnerian” harmonic language creates problems in politely establishing a key area.  Richard Wagner may have advanced music in a number of ways, but he wrote almost exclusively operas (or music dramas as he liked to call them). He used a high level of chromaticism in his harmonic language, used motives (leitmotifs) to identify characters and ideas, and wove all of this into a sort of “endless melody”.  All the while, there is a story and plot to hold the action together and give it structure.

Bruckner is often seen as one of the composers who took some of Wagner’s musical language and adapted it to a symphonic form.  This is a particular challenge, using a highly chromatic language of roving harmonies that rarely establish a clear key, in a sonata form that is (on one level) all about establishing key centers.  Anton’s themes and thematic groups eventually wander around to the key they are supposed to be in, but sometimes only finding the dominant seventh chord, and not the actual home tonic chord.  This is a habit directly borrowed from Wagner.  These themes of roving harmonies are the round pegs hammered into four bar square holes.

The truth of the matter is, Bruckner’s forms are more held together by the motives of the themes.  Many times it is the rhythmic aspect of these motives that is the glue, more so than the actual pitches.  The pitches and direction of the themes are sometimes inverted, elongated, augmented.   Through all of these mutations, it is their rhythmic DNA that defines their relationship.  These relationships connect parts within a single movement, as well as across all four movements of the symphony.

The first movement is a sonata form with three thematic groups in the exposition.  The first group starts at bar 1 (the beginning of the recording below) and eventually (not immediately) establishes the tonic key of c minor.  The shimmering opening of a single pitch, with the soft entrance of a chromatic motive after a couple of bars, is a signature Bruckner device.  The second thematic group starts at bar 51, about 2:09 in the recording, and is in the dominant key of G.  This second group gives us the characteristic “Bruckner rhythm” , a 2 + 3 (duplet + triplet) grouping that Anton loves to use. The third thematic group, the closing section of the exposition, begins at bar 97 (4:12) and is the key of E flat (the relative major).

A long development section starts at bar 153 (6:22 in the recording) and runs for about  six minutes.  The recapitulation, something that is usually a big landmark, happens at bar 311 (12:14)  is really “artfully blurred” (to use Benjamin Korstvedt’s words).  Anton really only brings back the second and third sections of the exposition, and that’s all he really needed since the end of the development section relies heavily on material from the first section of the exposition.  Anton has taken that big seam, between the development and the recapitulation, and just spackled right over it.

A short coda section ends the movement quietly on c as it is supposed to.  Looking forward to the next movement, we see that it is the Scherzo (in the place Bruckner would usually have the slow Adagio).  We also notice that it is in the tonic key of c minor, also something unusual for Bruckner.  The fact is, because of all the roving, chromatic ambiguity in the first movement, our ears are not worn out on c minor yet.  Anton can provide us with some more of the tonic key, but that story is for the next post.

I don’t think it is necessary to paste in pieces of the score here showing each of the rhythmic motives so you can listen and wait for each to occur.  Listening just a bit at each of the landmarks I pointed out above, is plenty enough to find them.  They are not hidden in the least, in fact, often they are blasted out by an army of brass players.  These are the things that form a web of connections that hold the movement together, and they let the harmonies push tonality to its limit throughout the work.

For now, enjoy Herbert von Karajan conducting the Vienna Philharmonic in the first movement of Bruckner’s Symphony No. 8 in c minor.  Karajan uses the score edited by Robert Haas, published in 1939 by the International Bruckner Society.  We know from the last post that this is a bit of a hybrid of the 1887 and 1890 versions.

4 thoughts on “Regular Irregularity, or Round Pegs in Square Holes”