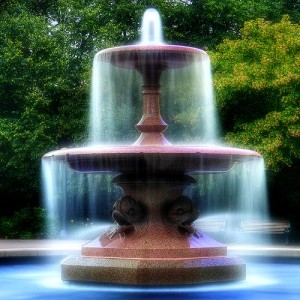 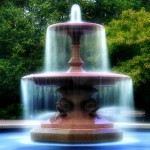 One of the most ancient myths is of a Fountain of Youth that would restore the youth of anyone who drank from it or bathed in its waters.  There are versions of this tale that exist from as early as the 5th Century BC.  One of the most familiar settings is associated with the 16th century Spanish conquistador Ponce de Leon, although his connection with the legend seemed to happen mostly after his lifetime.  I don’t know if I would really want to drink from the fountain of youth.  It might take some of the grey hairs out of my beard, but I’m a great deal smarter now than when I was young.  I made my share of stupid, youthful mistakes and I’m not sure I should go back to that.

Staying forever youthful, or young at heart is much more recommended.  One of the greatest tunes about being young at heart is Bob Dylan’s Forever Young.  This song first appeared on his 1974 album Planet Waves.  Actually, there are two versions of the song on the same album.  Maybe someone out there could comment, but this is the only time I am aware of that two versions of the one song appeared on the same album.

Here is a live version that Dylan performed on television.

Now, I love Bob Dylan, but the brother can be hard to understand sometimes.  Here are the lyrics to be clear.

May God bless and keep you always

May your wishes all come true

May you always do for others

And let others do for you

May you build a ladder to the stars

And climb on every rung

May you grow up to be righteous

May you grow up to be true

May you always know the truth

And see the lights surrounding you

May you always be courageous

Stand upright and be strong

May your hands always be busy

May your feet always be swift

May you have a strong foundation

When the winds of changes shift

May your heart always be joyful

And may your song always be sung

As you may remember from last month, John Corigliano is one of my favorite composers.  He was approached in 2000 to write a song cycle, and the only request  made of him was to set texts from an American poet.  As Corigliano was preparing and thinking about the project, a colleague suggested that he look at the poetry/lyrics of Bob Dylan.  John was intrigued, and started by getting a book of only the lyrics (no music).  I think it’s impossible that he had never heard some of these songs before, but Corigliano wanted to set the texts without being influenced by the Dylan versions.  He picked seven poems for his song cycle and the final one was “Forever Young”.

John’s music is masterful and the settings of each song is artful.  The only problem I have as a listener is I find it impossible to divorce myself from the originals.  I can’t get Dylan out of my ear, and so there is alway a little veneer of oddness when I listen to Corigliano’s song cycle.  This is just baggage that I bring to the experience, and not any flaw in the composition.

My favorite version of Forever Young (and there are many), is actually one I heard in a television program.  I don’t get to watch much in the way of television, but I always have my ears open for good music.  Sometimes you get introduced to things in the most accidental ways.

If I may be so bold as to offer my own input, I have run across three ways to stay forever young.  These come from several sources, and not everyone may be able to follow them all, but I would suggest trying as many as you can: