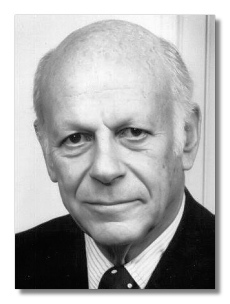 William Schuman (1910-1992) was inspired to become a composer at the age of 20 when he went to a New York Philharmonic concert with his sister.  The concert was at Carnegie Hall, conducted by Arturo Toscanini, and left an impression on Schuman that changed his life.  Bill, as he was known to everyone, went on to be a great composer, teacher and music administrator.  He was president of the Juilliard School for 17 years, and eventually became the president of Lincoln Center for 8 years.  Quite a step up from his first musical association, a dance band that he founded in high school named, “Billy Schuman and his Alamo Society Orchestra”.

Composing music in the first half of the twentieth century was basically a hot mess.  That is possibly the most flattering description I have for the troubles facing someone trying to write music at that time.  The Romanticism of the music born at the end of the 1800’s seemed to have run its course, tonality threatening to collapse under the weight of Wagner’s music dramas, orchestra’s unable to fit any more personnel on the stage after Mahler’s “Symphony of a Thousand”, and audiences suffering from numbness in their gluteus maximus in a condition I refer to as “Bruckner Buns”.    For the American composer, you add to this pasture of cowpies the struggle to find an “American” flavored musical voice in your work.

Some historians try to organize the early half of the 1900’s into a split between a “Schoenberg” camp and a “Stravinsky’” camp.  The Schoenberg supporters abandoned tonality, emancipated the dissonance, and tried to organize pitches in a whole different way.  The Stravinsky supporters kept tonality, looked back at things before the Romantic era, and mined a cool, austere ‘Neo-Classical’ aesthetic for their works.  This whole oversimplification of things really falls apart when Igor Stravinsky starts writing music with his own personal take on Schoenberg’s twelve-tone system, but it serves our purpose here for a moment. 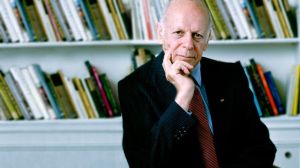 William Schuman was falling clearly on the Stravinsky side of the split when he wrote his Symphony No. 3.  It is a work written in two movements, but each movement has two parts played without a break.  The first is the Passacaglia and Fugue, and the second is a Chorale and Toccata.  From just those names, we can deduce that Bill is looking back at Baroque era contrapuntal forms and using them in his symphony.  Indeed, this is highly contrapuntal and melodic music that really sits right in my wheelhouse.  Schuman does personalize the forms a bit, as he is not really a slave to Baroque conventions.

Take the first half of the first movement as an example.  A Passacaglia is a form of continued variations over a ground bass.  (A ground bass is a more or less static low-voice melody that is repeated through the Passacaglia.  It is not some sort of mushed up fish.)  This bass melody repeats over and over with new music above it each time.  The trick is not to just follow the formula, but to actually write musically interesting stuff at the same time.  Here is where Bill does something really brilliant.  Each entry of the repeating melody comes in one half-step higher than the previous entry.  What was a static line, now rises in pitch as the texture becomes thicker with added music and instruments, until it builds to some great brass writing at which Bill excels.  This all leads without break into a Fugue, another highly structured contrapuntal musical form, sort of like a musical Sudoku puzzle, but way more interesting.

The second movement is just as highly structured, and much of the material is related to the Passacaglia theme.  Just trust me on that for a bit, as we are way overdue to listen to the music. Here is the whole thirty minute work, conducted by the ubiquitous Leonard Bernstein.

Bill Schuman wrote a truckload of music, including ten symphonies (although he withdrew the first two).  Back in 1962, he was even on an episode of the game show  “What’s My Line?”, where a panel of people asked a contestant questions in an effort to guess their occupation.  You can find it among all the funny cat videos on YouTube at the link here (if you like 50 year old game shows).

At the middle of the twentieth century, some people considered William Schuman to be THE American composer.  I would love to hear his music programmed more frequently in concerts.  It may, as everything comes back into fashion sooner or later, including those crazy bell bottomed jeans.  However, I’m still going to be scared of that powder blue tuxedo with the frilly shirt, if I run into it in a dark alley.