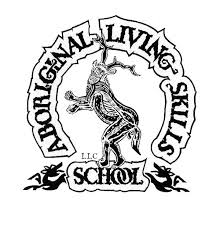 This is the fifth post in a series of writings on the jazz albums I would choose as my “Desert Island Discs”.  Each choice is getting a little harder to make, only because I am getting closer and closer to my total allotment of eight picks.  I am such a huge fan of jazz, collecting hundreds of recordings over the years, studying thousands of tunes, that it becomes a tragedy for me to leave out so much essential music.  That is the point of the game, of course, to stimulate discussion about which albums made the final list of eight, and how could you skip (insert your favorite album here).

I should be perfecting my desert island survival skills at some place like the Aboriginal Living Skills School in Arizona.   If you have ever read about Mr. Lundin, who runs the school, or seen him on television, you know he has an incredible bank of skills for living outdoors.  Not many people can start a fire with two sticks as well as Cody Lundin, but I like wearing shoes too much to adopt his whole persona.  I’ll have to stick to the music.

If you remember, my album choices so far are:

(Click on each for a link to the previous blog posts) 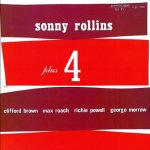 My fifth pick is the album Sonny Rollins plus 4, which frankly feels like I get to cheat the game of Desert Island Discs.  I get not one, not two, but three of my all time favorite musicians on one album.  Sonny Rollins on tenor saxophone, Clifford Brown on trumpet and Max Roach on drums are all legends on their instruments.  I would buy any album at first sight that had any one of these men playing, let alone all three!

Sonny Rollins is the leader on this recording.  The “plus 4” are the other members of the Clifford Brown-Max Roach quintet, which makes this a very interesting set.  Sonny had recently joined the Brown-Roach group as a sideman, and had played and recorded with these same musicians under their leadership.  Rollins therefore had to intentionally conceive an album that sounded different than the rest of the quintet’s recordings.  One way he accomplished this was to open with his original composition “Valse Hot”.  This is a true jazz waltz in triple meter, that still somehow flows and swings.  Being in triple meter is very significant, because most of the practiced licks and phrases an improviser has in his/her arsenal are patterned for four beats to a bar, not three.  The player instantly has to play something different.  Take a listen.

The other original composition by Rollins on this album is “Pent-Up House”, which also went on to become a jazz standard. 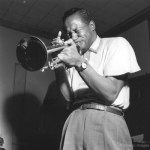 I so wish that this group could have stayed together and recorded more.  Unfortunately, the piano player Richie Powell and Clifford Brown both died in a car accident three months after this recording.  “Brownie” was only 25 years old at the time, but still is one of the most influential bop trumpeters that ever lived.  He was the the complete opposite of the jazz musician stereotype that Bird created.  Brown never used drugs, disliked alcohol, lived clean and was often found practicing scales in the back room between sets at the club.  His loss was a true tragedy in the world of music.

I feel blessed to have lived long enough to see Sonny Rollins play live on three different occasions.  The first time was at the 1987 Detroit Jazz Festival, where I remember him bringing down the house with Stevie Wonder’s tune, “Isn’t She Lovely”.  When Rollins came to Detroit to play at the Music Hall in 2007, I spared no expense to attend that concert thinking I would never get to see him live again.  Like so many things, I was proven wrong :).  At the age of 81 years young, Sonny returned to the  Detroit Jazz Festival in 2012!  The Saxophone Colossus was still going strong.

I also had the opportunity to see Max Roach play live at the Detroit Jazz Festival in the late 80’s, when he was performing with a group of strings.  Roach used to shape his drumming to fit the melodic contour of the music better than any drummer I can name.  He used all the sounds he could get out of the drum kit with great expressivity.  He showed off a portion of this skill at the DJF when he played an entire solo composition on just the high-hat cymbal!  I remember being excited at the great musicality Roach achieved sitting in the middle of the stage with a chair, microphone and this one piece of the drum set.  Max had more musicianship in his little finger than most of us have in our entire mind/body.

As you probably can tell, I am a big fan of the Detroit Jazz Festival, enjoying a yearly trip to Hart Plaza on Labor Day weekend to listen.  This year I hope to do some blogging live from the festival, if my iphone and wordpress are willing.  Stay tuned!