Aaron Copland wrote his Symphony No. 3 at the end of World War II, and it was premiered in October of 1946.  It was his largest, grandest orchestra piece to date, born in an atmosphere where America was full of a sense of accomplishment, victory, relief, and celebration as its boys returned home from the war to end all wars.  (Well, until the next war I suppose).  It is a public statement on a big scale, written in the populist/Americana style with which Copland had so much success. 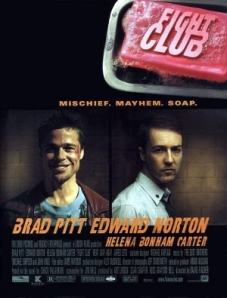 The surprise twist in Copland 3 is in the finale.  It opens with a slightly altered version of his ever popular Fanfare for the Common Man.  Fanfare was written a few years earlier, and takes its name from a statement then Vice-President Henry Wallace made about it being the “Century of the Common Man”.  The fanfare has had great success and seems to be played at every noble occasion in America.

Fanfare for the Common Man

(On a completely different tangent, the composer Joan Tower did a brilliant play on the title of Copland’s signature work when she wrote her Fanfare for the Uncommon Woman.  I have always preferred the company of an uncommon woman over a common man. )

Fanfare for the Uncommon Woman

Back to Copland.  When you listen to the third symphony from the beginning for the first time, it is everything you expect from a symphony.  Grand orchestration, themes with motives to be developed, all adding up to a big public statement for the composer.  You hear Copland’s wide open diatonic harmonies, economy of form, continuity and contrast, really the whole symphony shopping list.

When you go back an listen to the work a second time, it becomes apparent that so much of the thematic material and motives used in the entire work were taken from the pre-existing Fanfare.  Now that you know it is coming down the pipe, the musical building blocks of the symphony have a different connotation.  We have a different relationship to the piece, because we now know the grand statement up to which we are building.  That is one of the things that makes good music really, really good.  The quality to stand up to repeated listening with a depth of character that wears well.

That’s enough for now.  I have a meeting to go to tonight.  Do you know about Tyler Durden?

One thought on “Surprise Endings”